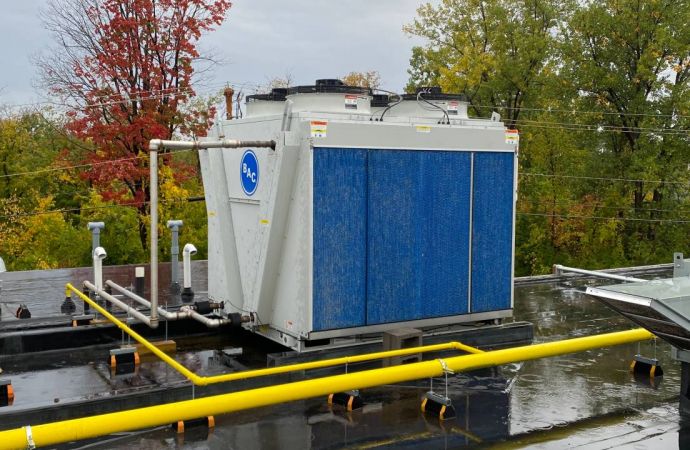 Hannaford, a Scarborough, Maine (U.S.)-based chain of 181 stores in five states, is recognized for installing the first transcritical CO2 system in a U.S. supermarket, at a store in Turner, Maine, in 2013.

Since then the New England food retailer – now a part of the Ahold-Delhaize – has installed transcritical refrigeration in another new store, as well in an existing store.

But Hannaford, like many other U.S. food retailers including Target, ALDI US and Whole Foods Market, has also been deploying another natural refrigerant – propane (R290) – in self-contained display cases as spot add-on or replacement merchandisers in stores mainly served by central rack systems.

Hannaford first tried the a low-temperature lineup of R290 low-temperature cases at a 20,000ft2 (1,858m2) store in Mechanic Falls, Maine, which opened in July 2018. (See “R290: The Future of Retail Refrigeration? Accelerate America, January 2019.) The excess heat in the cases is removed by water that's chilled to 50°F (10°C) by an R407A rack/chiller. Hussmann, which supplied the R290 cases, allows technicians to monitor them via cell phone.

Unlike the Mechanic Falls store, the Ballston store uses an adiabatic fluid cooler to remove heat from the water loop, which is also used for heat reclaim. This store’s refrigeration system has had “no service calls outside of preventive maintenance,” said Smith.

Though the R290 low-temperature lineups have been on smaller Hannaford stores (which are more typically 60,000ft2/5,574m2), “I feel this is a viable solution for any size stores that we operate,” said Smith. “They are very easy to install and if something happens you can replace five doors instead of an entire lineup.”

Smith added that, while it is too early to obtain “real numbers” on the energy performance of the R290 lineup at the Ballston store, “so far it’s looking good.”

Harrison Horning, Director of Maintenance for Retail Business Services, who has overseen all of Hannaford’s natural refrigerant projects, believes Hannaford has overcome the energy penalty traditionally associated with pumping secondary glycol through a store as a cooling agent.

“We’re using copper piping that is sized a little bigger than normal so the pressure drop is less and the pump energy is less,” Horning explained.

In addition, Hannaford saves “a ton” of energy through the adroit adjustment of compressor head pressure during the cold New England winter.

In the 60,000ft2 South Burlington store, which opened in March, the Hussmann low-temperature R290 lineup’s glycol loop has its heat removed by an ambient fluid cooler with a misting system; the fluid cooler provides “adequate heat rejection” during the summer, said Horning.

In this store, Hannaford is using CO2 instead of R448A for the glycol medium-temperature chiller, which is provided by Zero Zone. (R448A is used for the condensing units supporting a walk-in freezer and a few open low-temperature coffin cases.) Horning describes the CO2 chiller as “a large industrial-type system, not like a commercial packaged chiller.” It features on-board evaporators and a remote pump station.

While the idea in using a glycol chiller with R448A was to reduce the refrigerant charge compared to a conventional DX system, the move to replacing R448A with CO2 was to have an “entirely natural refrigerant store” (with the exception of the R448A condensing units), said Smith. Horning said he had originally expected to a install transcritical CO2 system  but his merchandisers preferred cases not designed for CO2.

The South Burlington store’s refrigeration– water-loop for low temperature self-contained R290cases, combined with a CO2/glycol chiller for medium-temperature cases – is a fairly novel approach, noted Smith. “I’m not aware of anybody else doing it.”

While Smith could not offer energy consumption numbers on the transcritical CO2 chiller, he observed that during one day during the summer at 97°F (36°C) with 41% relative humidity, the adiabatic gas cooler operated at 95% capacity and the rack ran in subcritical, not transcritical, mode, with a condensed liquid temperature of 84°F (28.9°C). “The racks run pretty efficiently in subcritical mode,” he said. “The adiabatic feature is definitely an energy saver.”

The system did enter transcritical mode “a few times” when relative humidity was high, Smith said. Overall he expects lower energy usage with the combined R290-CO2 systems than with HFC systems, based on the use of the adiabatic gas cooler.

Smith acknowledged that the South Burlington store’s equipment came with a 10% incremental cost, not including the cost premium of the adiabatic gas cooler. Offsetting that was a $100,000 energy incentive from Efficiency Vermont, a utility that supports natural refrigeration projects. And the cost of CO2 systems “is coming down as the systems gain popularity,” he said.

If first cost were no object, Smith would select the South Burlington’s refrigeration for other stores. “I like the performance,” he said. The CO2 system is in subcritical mode mostly, so you’re saving energy with a natural refrigerant. And the R290 cases are plug and play.”

Smith also pointed out the “flat-line” case temperatures produced by the CO2/glycol chiller. “The temperatures are within a degree [of setpoint],” he said. “From a product quality standpoint, that’s an advantage.” The low-temperature cases keep ice cream cold, down to -10°F, (-23°C), he added.

On the maintenance side, the South Burlington store has not lost any R290 to leaks and ha some losses of CO2 during power outages – “nothing out of the ordinary,” said Smith.

In addition to the water-loop R290 cases, Hannaford is using more air-cooled R290 cases “than ever” for promotions, floral, wine and beverages. Smith said. Air-cooled cases for frozen foods could be an option if manufacturers make the compressors for those units quieter.

Hannaford would also consider R290 for a medium-temperature lineup when the charge limit in the U.S. for open meat and deli merchandisers rises to 500g from 150g, Smith said. (UL is looking into making that change.)

Having gained experience with water-cooled R290 low-temperature lineups in new stores, Hannaford is considering installing them in existing stores in a retrofit. “We have a couple of existing stores we’re looking at for next year,” Smith said. The roof of these stores would have to support a fluid cooler, he noted.

Meanwhile, the combination of R290 frozen-food cases and secondary glycol medium-temperature cases represents “a significant improvement over what we have, and moves us toward the end game,” said Horning.

Horning acknowledges a particular fondness for the “plug-and-play” capability of R290 cases. “By the time I get to the end of my career, I’d love to know that when you are replacing cases in the middle of the night it can be as easy as wheeling them in and plugging them in,” he said.


This article is included in a special issue of Accelerate focusing on Best Practices in Food Retail. Read it here. 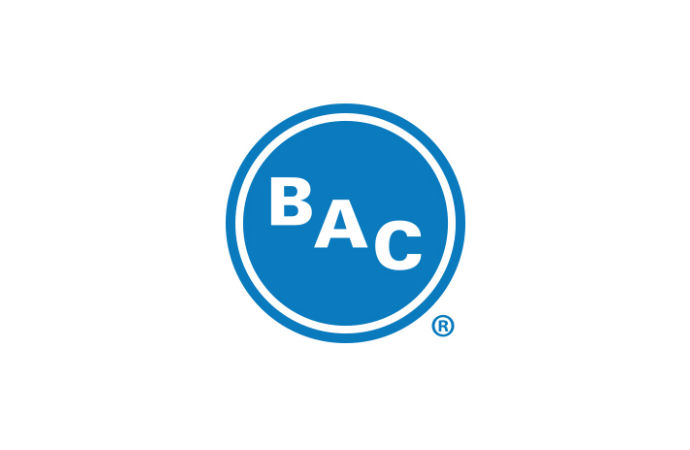