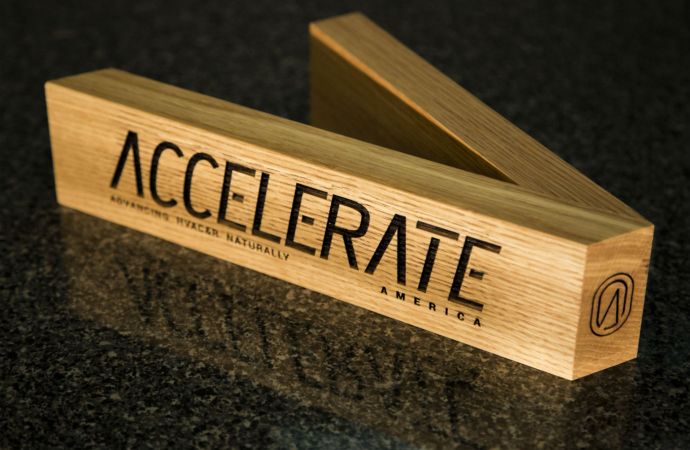 The awards will be presented at ATMOsphere America 2019 in Atlanta; deadline for nominations is March 29.

Accelerate America magazine is pleased to open the nominating process for its fourth annual awards program, which recognizes companies and individuals doing the most to drive adoption of natural refrigerants over the past year.

The magazine is published by shecco, publisher of this website and organizer of the ATMOsphere America conference.

The awards are divided into four categories: Best in Sector, Best Contractor, Person of the Year and Innovation of the Year.

Winners will be selected by a panel of shecco and third-party experts. The awards will be presented at the ATMOsphere America 2019 conference, to be held June 17-18 in Atlanta, Ga. The winning companies and the Person of the Year will be profiled in the June-July 2018 issue of Accelerate America.

The nominating process for the awards will remain open through March 29. Nominations may be submitted by end users, manufacturers, contractors, consultants, academics, policy makers and others involved with HVAC&R applications using natural refrigerants; companies and individuals may nominate themselves.

Nominations, which should cite a particular award category and include details supporting the company or person nominated, can be submitted at: www.shecco.com/accelerateawards/

Among the awards going to companies, a Best in Sector award will go to an end-user company in two sectors – food retail and industrial – that has gone above and beyond in advancing the adoption of natural refrigerant technologies in HVAC&R applications in the previous 12 months. The Best Contractor award will go to the company that has done the most to facilitate the adoption of natural refrigerant systems in the past year.

The Innovation of the Year award will go to a company that developed a particular technology having a significant impact on the market.

Criteria for assessing nominated companies will include:

The Person of the Year Award will honor a single individual who has forged new pathways for natural refrigerants – someone without whom the natural refrigerants business in North America would be much less developed than it is. This award is open to any individual, including end users, manufacturers, policy makers, academics and researchers.

Criteria for assessing nominated individuals will include:

The awards program was launched in 2016. The winners of the 2016 awards were: Marc-André Lesmerises of Carnot Refrigeration (Person of the Year), Sobeys (Food Retail), Red Bull (Foodservice), Campbell Soup (Industrial) and True Manufacturing (Innovation of the Year). See “The Best & The Brightest,” Accelerate America, July-August 2016.