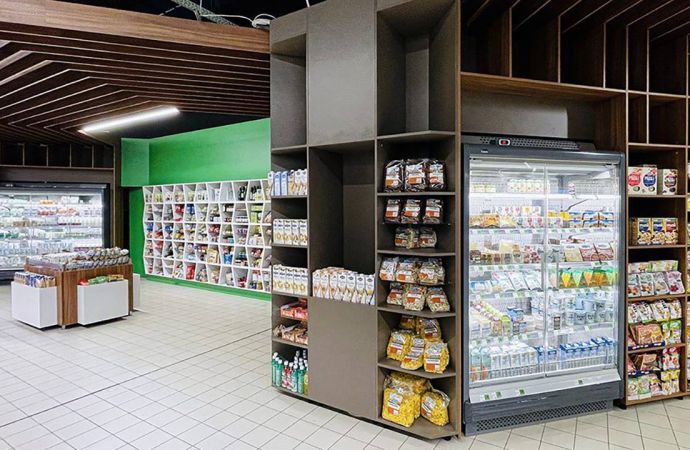 BulMag has retrofitted three stores with R290 equipment from Lithuanian manufacturer Freor, saving 15% on electricity in the process.

Bulgarian retailer BulMag announced that it plans to replace all old HFC systems at its 16 stores with environmentally friendly refrigeration before 2024.

The chain began the project by retrofitting three stores over the past year with a propane (R290) Hydroloop system and Green Wave equipment from Lithuanian manufacturer Freor. The Hydroloop system employs water/glycol looped across R290 self-contained cases to remove condensation heat.

“After a long study of the best technologies in this direction, we trusted the company Freor – one of the world leaders in the production of equipment operating on the Hydroloop System and natural gas R290,” BulMag said on its website. “Their motto Thinking Green motivates us to get involved and contribute to reducing the negative impact of the old-generation fluorinated gas systems.”

Following an initial installation in late 2019, the retrofitting project started in the spring of 2020 and took less than six months. The project included two supermarkets in Varna, Bulgaria, and one in Shumen, Bulgaria. The retrofitted supermarkets now use 15% less electricity, BulMag said. The company is planning to refurbish two more stores this year.

As an example of the equipment installed, one of the Varna shops is equipped with Freor’s Hydroloop glycol system and a number of cabinets and display cases from the company’s Green Wave line. The cabinets include a total of 43m (141ft) of refrigerated multi-decks from the company’s Jupiter series. All of these have PanDur Eco Doors, made from insulated glass, contributing to the reported energy savings.

The Varna shop has also been equipped with two semi-vertical Freor Pluton Space units, and 8.5m (27.89ft) of Erida freezers cabinets, all of which are operating in stand-alone mode.

The Bulgarian retailer is not the only one to have discovered the benefits of Freor’s Hydroloop technology. Stores in Norway and the Netherlands also adopted it in 2020.

In fact, the company has seen demand for its products increase enough that it recently announced the opening of a new factory, resulting in a “significant” increase of its R290 production capacity.

“
Their motto Thinking Green motivates us to get involved and contribute to reducing the negative impact of the old-generation fluorinated gas systems.”
– BulMag