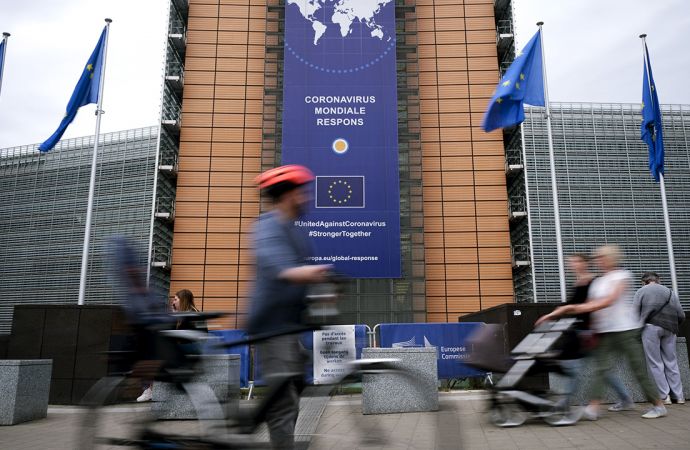 European Commission will unveil plans next year for revising F-Gas Regulation and for cutting greenhouse gases by at least 55%.

The increased commitment improves the EU’s contribution to the Paris agreement and will also help the bloc reach its 2050 Climate Neutrality target. The EC will present plans by June 2021 on how the bloc’s 27 countries will achieve this goal.

What will help the EU achieve 55% GHG reduction is its renewed focus on cutting emissions of high-GWP f-gases. In 2020, the EC, the executive branch of the European Union (EU), began seeking feedback on the effectiveness of the F-Gas Regulation for its review of the legislation, originally enacted in 2006 and last updated in 2014.

The initial deadline for feedback on a roadmap was September 7, but the EC is accepting additional feedback in public consultation until December 29.

In 2021, the EC will seek further feedback and complete an evaluation and impact assessment of f-gas rules, before releasing a proposal for a revision in the fourth quarter of the year.

The current rules for f-gases in the EU call for a reduction of the available HFC quota in the EU by 55% vs. the baseline in 2021. And in 2022, bans on using certain HFCs with GWPs above 150 in new centralized and plug-in commercial refrigeration equipment will go into effect.

The EU’s impetus for updating he F-Gas Regulation is to reflect progress made in HVAC&R technology, and to stay in harmony with the European Green Deal and the Kigali Amendment to the Montreal Protocol, the global agreement to phase down HFC production and use by 85% by 2047 (by 2036 in the developed world).

The EC remains confident in this process. ”I can assure you that our plans regarding timing of the f-gas review have not changed,” said Bente Tranholm-Schwarz, Deputy Head of Unit, DG Clima at the EC. “We still plan to put forward a commission proposal before the end of 2021.”

Should the f-gas phase down be accelerated?

According to Clare Perry, Senior Campaigner for the Environmental Investigation Agency, the f-gas review is coming at a good time, as she feels the current legislation needs to be strengthened. She warned, however, that the review could distract from implementation of the current regulations.

Still, Perry views an accelerated timeline for f-gases as possible, crediting the high-GWP servicing ban in supermarkets for reducing the demand for HFCs.

Francesco Scuderi, Deputy Secretary General for Eurovent, thinks that only by properly taking into account energy efficiency and the current state of technological development could the f-gas phase down progress.

The Paris-based International Institute of Refrigeration (IIR) believes that an acceleration in the phase down would lead end users to use less-efficient HFO blends with GWPs of 1,200 or more.

“You will encourage companies to rapidly use drop-in solutions [like R448A and R449A] and not to plan a better conversion,” said Deonie Lambert, Communications and Event Coordinator for IIR.

Also helping on the efficiency side, the EU’s new Ecodesign Regulations will come into effect in March 2021, imposing strict energy efficiency requirements on the HVAC&R sector

The F-Gas Regulation is not the only policy for which a faster phase down of f-gases is desired. The NGO Greenpeace wants the HFC phase-down schedule set by the Kigali Amendment to be accelerated, ideally phasing out HFCs by or before 2030. János Maté, Senior Policy Consultant for Greenpeace, points out that an accelerated implementation of Kigali could avoid a 0.05°C global temperature increase, on top of the 0.4°C possible under the current schedule.

Given that global temperatures are already 1°C above pre-industrial level, and the Paris climate accord wants to limit the increase to 1.5°C, the 0.05°C would represent 10% of the remaining 0.5°C budget, noted Maté.