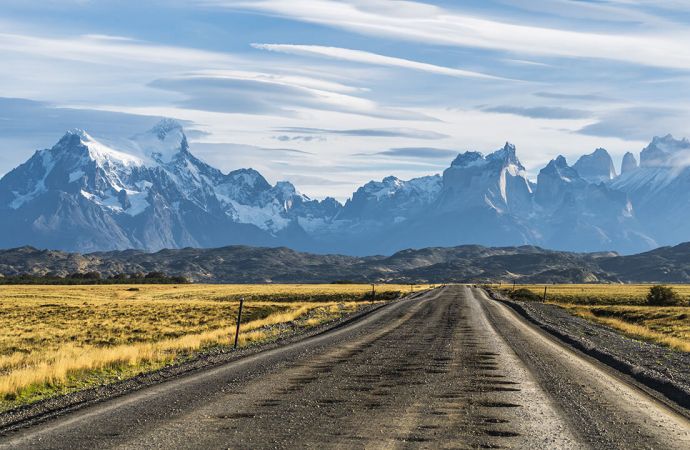 For Diego Vellaio, Infrastructure Division Manager for La Anónima, transcritical CO2 is the future for the 112-year-old Argentine supermarket chain, which operates 162 stores, mainly in the Patagonia region.

“I encourage end-users to use the technology, it’s trustworthy, has been tried/tested, and in Europe is almost exclusively used in new installations,” he said at an end users discussion during ATMOsphere America’s first Latin America day.

ATMOsphere America, organized by shecco, publisher of this website, was held online October 20-22, concluding with a Latin America-focused program in Spanish on October 22.

La Anónima, based in Buenos Aires, now has six supermarkets using transcritical CO2, and has committed to have all new stores use the technology in conjunction with a retrofit program.

The chain started with one transcritical store in 2014 located in a part of Patagonia where average annual temperature of 12℃ (53.6°F). This was the first transcritical installation in the country, and resulted in 25% annual energy savings compared to a store using R22.

That was followed by a retrofit, backed by UNIDO and the Argentine Ozone Protection Office, which was carried out to see if the technology would be viable in a warmer climate (average annual temperature of 17℃/62.6°F).  This supermarket also resulted 25% annual energy savings compared to when it used R22.

Vellaio credits the retrofit program with making the chain’s supermarkets more efficient, giving them a chance to upgrade cabinets and displays, reducing maintenance costs, and eliminating the need to purchase expensive R22.

Mexico City, Mexico-based producer Grupo Bimbo, the world’s largest bread maker, has also committed to shifting from HFCs and HCFCs to refrigerants with a lower environmental impact, said Liborio Villalobos Carranza, its Vice President of Global Engineering, the third speaker at the ATMOsphere America session.  This is one of its six environmental commitments and falls under one of the company’s main pillars, “Planet.”

As of the beginning of 2020, one third of the refrigerants Grupo Bimbo uses are natural. Its U.S. division, Bimbo Bakeries USA, is currently commissioning its first natural refrigerant system in a fresh bakery.

The company has also started a process to report/control refrigerant leaks in its installations.

Grupo Bimbo’s push for natural refrigerants comes from CEO and Chairman Daniel Servitie, as well as its commitments to the Consumer Goods Forum trade group.

Echoing the message from the ATMOsphere America policy session earlier in the day, he also believes that the lack of regulations restricting HFC use in Latin America is a key factor holding Grupo Bimbo back.

Another end user at the ATMOsphere America session, Quito, Ecuador-based Hilsea Investments Limited, discussed a propane (R290) retrofit project that took place at one of its farms (fincas) in Ecuador, Finca Esmeralda Sun, which grows flowers.

Finca Esmeralda Sun operates cooling chambers that use condensing units. In one of those chambers, a 576m2 (6,200ft2) unit that stores sunflowers, R22 was replaced by R290. Miguel Caicedo, mechanical engineer with Hilsea Investments Limited, is convinced the R290 technology beats out R22.

“We can see in the final operational results that temperature-wise the system operates within the established parameters with little fluctuation, and that in all the parameters the system functions much better than with R22,” said Caicedo. With R22, the compressors ran 15 hours per day, while with R290 it's seven hours daily, he added.

The system had the challenge of having to maintain 80% humidity and temperature range of 1-3℃ (1.8-5.4°F), in order to not kill the flowers.  Not only did the system meet these parameters, it did so with 37% energy savings, providing an ROI of five years.

The retrofit involved changing the compressors and expansion valves while also removing possible spark sources and adding five R290 sensors with audio/visual alarms.  If any problem is encountered, the system automatically seals the refrigerant in the storage tanks and signals with a light indicator the source of the problem.

For Caicedo the choice is clear, “It doesn’t make sense in economic terms to not use a system like this.”

All three speakers cited the higher costs of natural refrigerant equipment as a barrier.  But Vellaio pointed out that this gap has been shrinking over the years.  They also agreed that these technologies were the future, not only because of economic considerations, but also as a way of helping the environment.

“
I encourage end-users to use the technology, it’s trustworthy, has been tried/tested, and in Europe is almost exclusively used in new installations,”- Diego Vellaio, La Anónima