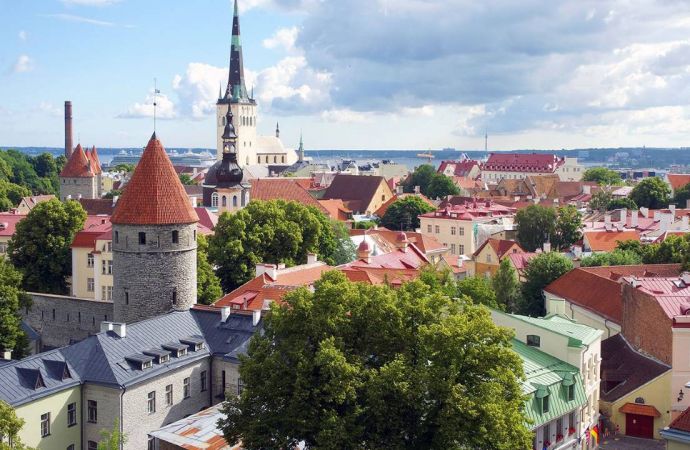 The country’s Environmental Research Centre is leading a transition to climate-friendly refrigerants in spite of cheap HFC imports from Russia.

Despite facing some significant challenges, Estonia, led by the Ministry of Environment and the Estonian Environmental Research Centre, has embarked on a major effort to transition to natural refrigerants and low-GWP gases, including a new training facility.

The journey started in 2014 after the EU adopted the F-Gas Regulation. The Estonian government originally put its faith in the market to adopt phase-down measures, said Stanislav Stokov, Specialist in the Environmental Research Centre’s Climate Department.

But Estonia is one of the poorer countries in the European Union with a per capita GDP just over half of the EU average (in 2019). This lack of financial resources meant that the HVAC&R industry in Estonia needed a bit of a nudge to get moving towards natural refrigerants. The country is also dealing with an influx of legal and illegal imports of HFCs from neighboring Russia.

In 2018, to jump-start Estonia’s transition to climate-friendly refrigerants, the Environmental Investment Centre allocated €0.6 million (US$0.65 million) to a project that includes training and certification.

Estonia is still only at the very beginning of its transition. Currently the country has around 20 CO2 installations; a mix of subcritical and transcritical systems; two or three companies with industrial ammonia installations; and a small number of retailers using hydrocarbon units, according to Stokov.

Still, there are signs of progress. Since 2016, Estonia’s f-gas emissions have decreased by 2.4%.

In preparing for the transition project, members of the Estonian Environmental Research Centre (including Stokov), the Ministry of Environment and the national refrigeration association went on a trip to Denmark to acquire knowledge and inspiration from the Danish Technological Institute on potential legislation, char- acteristics of each natural refrigerant, and how to best disseminate what they learned.

One of the project’s major initiatives is a new training facility for refrigeration technicians. The facility is meant to address the lack of qualified natural refrig- erant technicians, and thus make it easier for the companies to switch from HFCs.

The training facility should be fully up and running in April. It contains CO2 transcritical, CO2 subcritical, hydrocarbon and HFO systems. That ammonia isn’t included in this list is entirely due to cost. “We wanted an ammonia unit, but it's so expensive, it would have been much more than the project itself,” Stokov said.

“Currently, we are looking into cooperation with some companies who have experience [with ammonia] and have sites, where they [student technicians] can come and do some practical stuff.”

The project has also focused on textbooks and other literature for trainees. Most technicians and trainees in Estonia don’t speak English, and currently only one book about refrigerants exists in Estonian, and that doesn’t include natural refrigerants.

So the project is in the process of translating a Norwegian book about flammable refrigerants, and a U.S. manual about refrigerants in mobile air conditioning (MAC).

The project is also in the process of rewriting the country’s certification requirements, as it hasn’t been possible to certify in natural refrigerants until now. Stokov expects the new certification to be ready in April or May.

Because it wasn’t previously possible to get certified to work with natural refrigerants in Estonia, some of the early adopters of sustainable technologies sent their staff to Germany for training.

Some of these early adopters include retailers owned by foreign companies, such as a Swedish company that has implemented the same environmental policies in its Estonian operations as the ones used at home in Sweden, Stokov said.

The final aspect of the transition project is to ensure efficient recycling of used refrigerants. The project has invested in a couple of HFC recycling machines, and offers these to companies so they can clean up used refrigerants like R404A and R134a.

One of the biggest obstacles to Estonia’s effort to transition to natural refrigerants is the influx of HFCs from its neighbor to the east, Russia, according to Stanislav Stokov, Specialist in the Environmental Research Centre’s Climate Department.

Russia has no quota system for HFCs, and has yet to ratify the Kigali Amendment to the Montreal Protocol, meaning that HFCs can still be imported very cheaply into Estonia. For some refrigerants the price difference between buying within the EU, and importing from Russia, can be tenfold, Stokov explained.

“It's a very huge gap,” he said. “And if there's cheap, cheap refrigerants [from Russia] on the market, the companies are not that motivated to change.”

Another problem in a small market like Estonia is the exemption in the EU F-Gas Regulation that allows companies to import up to 100 metric tons of CO2e in HFCs per year.

The Environmental Research Centre is therefore urging the Estonian government to lobby the European Commission to scrap the exemption in article 15(2) when the F-Gas Regulation is to be renegotiated within the next year.

Estonia is also dealing with a large amount of illegal HFC imports. “Currently we have credible intel that about one third of the refrigerants sold in our market are illegal, or haven't been accounted for in the system or anywhere,” Stokov said.

This article was originally published in the April/May issue of Accelerate Magazine.