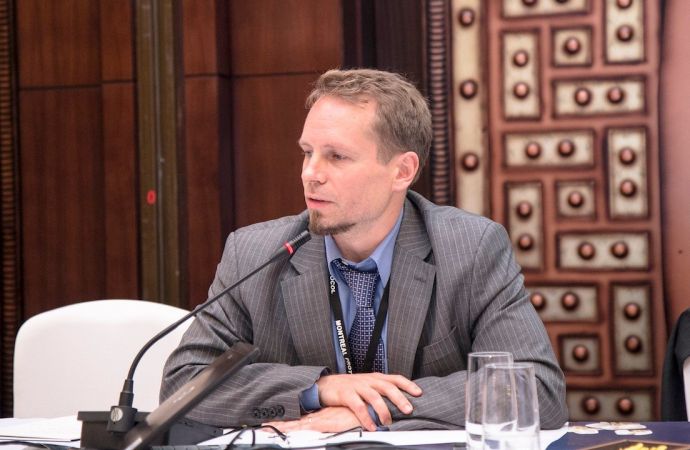 During a lively policy panel discussion at the Green Cooling Summit this week, both European Union policy makers and NGOs were in agreement that a more aggressive phase down of HFCs under the EU F-gas Regulation and replacement with natural refrigerants will be needed to help save the environment.

The EU G-Gas Regulation is under review this year as the European Commission (EC) reviews stakeholder feedback. “When we think about climate neutrality, we do need to be perhaps more creative than we have been in the past,” said Arno Kaschl, Policy Analyst for DG Clima, EC.  Kaschl went on to say that “obsolete” refrigerants cannot continue to be used for much longer, especially when good solutions in crucial sectors already exist that are climate-friendly, affordable, and efficient.

Surprisingly, there were several moments when opinions and statements of Kaschl, who represents a political institution, were aligned with those of Clare Perry, Climate Campaign Leader for the Environmental Investigation Agency (EIA), a London-based NGO.

For Perry, a GWP limit of 150, which is the current level required for refrigeration in the F-Gas Regulation, is not low enough.  She believes that to make a global climate impact, GWP maximums of five or 10 need to be considered.

She also pointed out that, since the Montreal Protocol started, the fluorochemical industry has been very successful in “reinventing itself over and over again. One of the reasons for that is that financing for the phase-out has favored drop-in f-gas replacements.”

But Ole Nielsen, Chief of UNIDO’s Montreal Protocol Division, also believes that we need, “ambitious regulatory certainty to get rid of HFCs.”

For Nielsen, the sector that could have a large impact if transitioned away from f-gases – but is currently lacking activity – is air conditioning, specifically residential air-conditioning.

And Nielsen, another representative of a governmental body, boldly said, “If we cannot keep refrigerants from being released, perhaps we shouldn’t create chemicals whose effects we are not sure of [referring to HFOs], who do not belong in nature.”

Bernhard Siegele Program Manager at GIZ, expanded on this idea by saying that manufacturers and suppliers of chemical refrigerants should be responsible for their products and manage their environmental costs.

Siegele believes that several arguments made about natural refrigerants – the flammability of propane, for example – are not based on logic and science. For example, arguing against hydrocarbons for air conditioning in vehicles because of flammability is illogical if these are already carrying flammable fuels, he said.