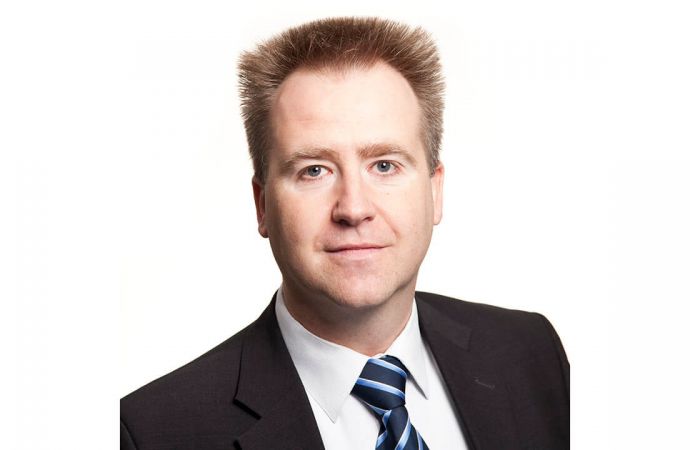 Secop: ‘Hydrocarbons Are Where We Should Be’

German compressor manufacturer Secop came into being a decade ago when the German holding company Aurelius AG acquired Danfoss Household Compressors from Denmark’s Danfoss Group. After the takeover, the Danfoss Compressors’ name was changed to Secop GmbH.

On August 1, 2017, Japanese manufacturer Nidec acquired Secop. However, due to its subsequent acquisition of Embraco, Nidec was required to divest the Secop business. ESSVP IV, a fund managed by private equity firm Orlando Management AG, completed its acquisition of Secop from Nidec in September 2019.

Today, Secop is continuing its original mission to promote the use of natural refrigerants and energy-efficient, sustainable refrigeration systems. In commercial refrigeration, its primary focus is on hydrocarbon compressors, including variable-speed units, and on mobile cooling solutions.

The company, based in Flensburg, Germany, has two manufacturing facilities, in Slovakia and China, as well as R&D hubs in Germany, Austria, Slovakia, China and the U.S. It employs over 1,350 people.

How important are hydrocarbon compressors to your commercial refrigeration business?

Peter Michael Hansen: Hydrocarbon compressors make up 43% – and the percentage is growing – of Secop’s commercial refrigeration business, with 30% of sales for propane (R290) units and 13% for isobutane (R600a) units. R290 is for higher capacity systems (300W-3kW/0.09-0.9TR) and R600a for smaller capacities (below 400W/0.1TR). We have had strong growth in the hydrocarbon business over the last year, and we anticipate hydrocarbons crossing 50% of sales this year. Hydrocarbons are where we feel we should be.

Where are most of your hydrocarbon sales for commercial systems?

What are the most popular commercial applications for your hydrocarbon compressors?

Peter Michael Hansen: Our main volume is for bottle coolers – glass-door merchandisers. In Europe it had previously been large commercial freezers for supermarkets but the change in policy by the large bottlers like Coca-Cola and Pepsi caused bottle coolers to be by far the largest sector. But we still have a large, stable volume in horizontal display cabinets, and there is big growth in glass-door merchandisers, both single- and double-door. Next will be larger commercial freezers with glass doors.

How has the IEC’s new charge standard for hydrocarbons in commercial cases impacted your business?

Peter Michael Hansen: The trend is for larger capacity systems so this is a very good move. We need to move to larger charges to realize their full potential. We are in the process of launching a larger variable-speed platform for R290, which will be coming to the market in October. In Europe, we are waiting for CENELEC to get down to the details of what the systems needs to look like, safety-wise, system-wise. But it’s a great opportunity for us.

What can you tell us about Secop’s variable-speed hydrocarbon compressors?

Peter Michael Hansen: Our DLV line serves smaller applications like glass-door merchandisers, and the NLV line serves medium-size commercial applications. The SLVE line, for larger platforms and charge sizes, is the new one, launching in October. We launched the DLV line for R290 three to four years ago in the U.S. and Mexico, targeting bottle coolers. We recently released it for Europe and the global market; the Middle East, for example, is starting to pick up on hydrocarbons.

Variable speed makes up 6-7% of our commercial compressor sales, but it’s growing, driven mainly by energy-efficiency regulation. In Europe, there will

be new regulations in March 2021. Variable speed increases efficiency from 20% to 40% compared to a fixed-speed baseline for any given cabinet that has been optimized with efficient lighting and fans. The technology will be a strong enabler of reducing the strain from the coming energy regulations.

There is a cost premium for variable-speed compressors – about double the cost of fixed speed. But there is a quick ROI for the end user, about six months to a year for DLV, and three to six months for NLV; it will be under three months for SLV.

What is the Tool4Cool software tool?

Peter Michael Hansen: It enables the end user to optimize parameters like hot-gas defrost, faster pulldowns, and fan control. You can go in and adjust the controller to fit your needs.

How has the recent spinoff from Nidec affected Secop?

Peter Michael Hansen: Nidec had a commitment to household appliances, while Secop has a strong focus on commercial refrigeration and mobile cooling solutions. After the acquisition from ESSVP IV, we are back on track, focusing our development efforts on energy optimization, hydrocarbons and green sustainable solutions for our core businesses: stationary cooling (commercial refrigeration) and mobile cooling (battery-driven solutions). In parallel, we discontinued our focus on domestic refrigeration, which is not part of our core business anymore.

This article is included in a special issue of Accelerate focusing on Best Practices for Natural Refrigeration in Food Retail. Read the entire issue here.

“
Hydrocarbon compressors make up 43% – and the percentage is growing – of Secop’s commercial refrigeration business, with 30% of sales for propane (R290) units and 13% for isobutane (R600a) units."
– Peter Michael Hansen, Secop