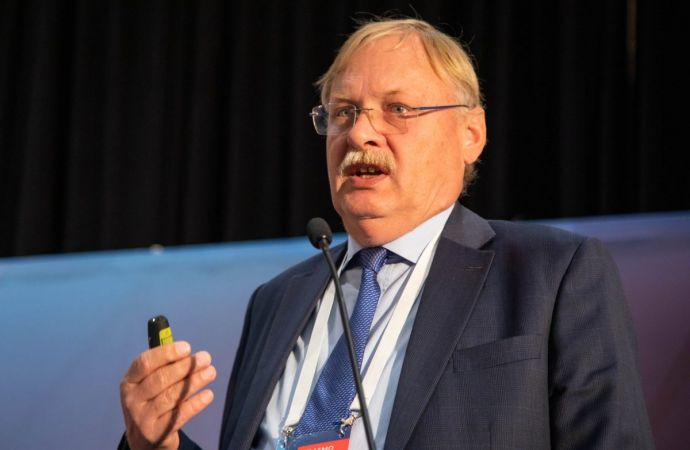 R290 Seen as ‘Excellent’ Refrigerant for Refrigeration and Air Conditioning

R290’s thermodynamic properties make it an obvious refrigerant choice, not only for plug-in refrigeration cabinets, but also for air conditioning, according to IEC’s Marek Zgliczynski.

Propane (R290) is an “excellent” and “very promising” refrigerant for air conditioning solutions, according to Marek Zgliczynski, R&D Director in Embraco North America (part of Nidec Global Appliances), and Chairman of the IEC/SC61C subcommittee for refrigerant safety standardization.

Zgliczynski spoke during the ChillVenta eSpecial this week, where he detailed the advantages of R290 over A2L alternatives, for plug-in refrigeration cabinets.

He described a number of reasons why he believes R290 to be the superior choice, when compared to A2L alternatives. A major reason is the better thermodynamic properties, giving R290 compressors and equipment a higher coefficient of performance (COP).

Earlier this year, Embraco engineers conducted a thorough test of different refrigerants, and concluded that R290 is 12-14% more efficient than R404A, under three different test scenarios.

Last, but not least, R290 has an extremely low GWP and a low price, meaning a low direct climate impact and lower production and service costs, Zgliczynski pointed out.

He also gave his audience an update on the implementation of the International Electrotechnical Commission (IEC)’s 60335-2-89 standard, adopted earlier this year. The 2-89 standard increased the maximum charge limit for flammable refrigerants in sealed systems to 13 times the lower flammability limit (LFL), but no more than 1.2kg (about 2.64lbs) in total. For R290 the new standard means a maximum charge of 494g (about 17.42oz) per circuit.

He pointed out that with the increased charge limits, hydrocarbon equipment can also increase in capacity, meaning that a single hydrocarbpn system can now deliver up to 5kW (1.4TR) at medium temperature, and 2kW (0.57TR) (or more) at low temperature. These capacities are not just theoretical, Zgliczynski stressed, but what can be achieved in the “real world.”

In Australia and New Zealand an updated version of the AS/NZS 60335.3.89 standard was published in July this year.

In Europe, CENELEC’s work on converting the 2-89 standard into a harmonized standard within the EU Machine Directive is ongoing. The target date for a final vote is currently March 2021.

In the U.S. and Canada, a working group is aiming to update the relevant UL and CSA standards by the end of 2021. However, the new North American standards are expected to contain several deviations from the IEC version, according to Zgliczynski.