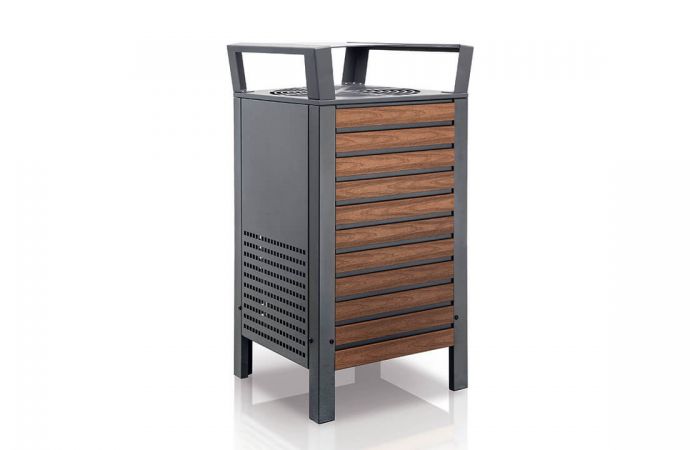 HKS Lazar, a manufacturer located in Jastrzębie-Zdrój in southern Poland, has developed a range of reversible propane (R290) air-to-water heat pumps with reduced refrigerant charges of less than 2.5kg (5.5lbs), and high COPs of up to 4.78.

During a three-year R&D project, the company mainly focused developing new types of evaporators and refrigerant separators, as these are the “two key factors to improving COP when working with propane,” according to Paweł Matusiak, consultant with HKS Lazar. Matusiak, and his colleague Martin Lazar, presented their results during the ATMO/DTI online conference, which took place on June 23-24.

One of the issues the company needed to address was the fact that “propane expands very, very quickly inside the evaporator tubes, which slows down the heat transfer,” Matusiak said, adding that “you need an even flow of refrigerant” to optimize efficiency.

HKS Lazar solved this by adapting its evaporator tubes with internal 3D modifications, resulting in a 50% reduction of the evaporator’s inner volume. “Inside the evaporator tubes exist several ring chambers where refrigerant flows very close to the tube edge with different speed and expands slower,” Matusiak explained.

Matusiak said this new type of evaporator is for “wet” evaporation and described it as something between flooded and DX.

As an example of the reduced volume, Matusiak described a unit with a 9kW (2.6TR) of cooling capacity, but instead of a standard 6ltr (1.6gal) volume evaporator, HKS Lazar’s new prototype only has a 3ltr (O.8gal) volume.

The 3D modifications, and the addition of grooved copper tubes, meant that Lazar now has “better performance, but the active surface is the same,” Matusiak said.

The HKS Lazar team also noticed that when working with R290, you have to pay particular attention to disturbances in air flow. They thus came up with a novel solution of externally controlling the air flow.

Having found that evaporators with horizontal or vertical fan positions negatively influence the air flow velocity, due to different pressure drops, the team devised an L-shaped evaporator divided into three sections (upper, middle and lower). These sections each have segments with differently spaced fins to make corrections to the air flow, solving the problem and improving the air flow.

Lastly, for the R290 evaporators, the team looked at oil return, particularly foaming lubricant and lubricant solubility. A new circuit design using gravity ensures the oil returns smoothly, with no leftovers remaining in the evaporator during long-term work.

The HKS Lazar team didn’t just look at evaporator improvements though; they also looked to improve their refrigerant separator. They designed a new tubular solution that can achieve low superheat while reducing the risk of compressor damage, reduce or control the compressor temperature, and eliminate the need to shut off the compressor during the defrost period. The team has nicknamed this solution “spider.”

After a 6,000-hour test of a 20kW (5.7TR) heat pump, HKS Lazar concluded that the evaporator experienced even freezing of all rows, and it achieved an improved defrost period with less energy, guaranteed oil recovery during low refrigerant flow, and most importantly, no signs of compressor damage. All of this led to an increased COP.