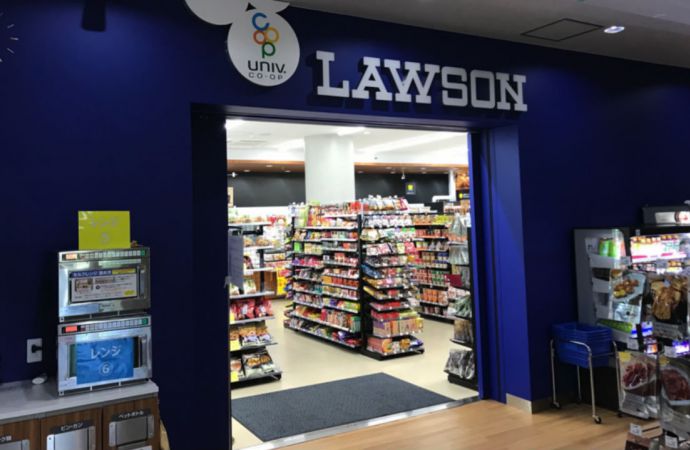 For the past decade, CO2 has been the dominant natural refrigerant adopted by Japan’s commercial food retail industry, with more than 12,000 installations as of February.

The uptake of hydrocarbons, on the other hand, has remained limited. While an estimated 2.5 million pieces of hydrocarbon plug-in equipment are operating today globally, Japanese manufacturers have largely forgone the technology in the food retail and food service sectors in favor of CO2 due to the country’s strict views on safety.

This has been clear from walking around the trade show floors of Japan’s two largest food retail and food service exhibitions, Supermarket Trade Show (SMTS) and HCJ (Hoteres, Caterex and the Japan Food Service Equipment Show, three exhibitions held at the same time). The same few local distributors of imported hydrocarbon plug-in refrigerators, freezers and bottle coolers would showcase their products year after year with minimal visibility and little fanfare.

Major OEMs as well as end users have  boldly endorsed the potential of hydrocarbon equipment. Combined with rapidly developing environmental policies and technology standards, hydrocarbons have stepped out of the shadows and into the mainstream — becoming the stand-out theme for natural refrigerants at these two trade shows.

This was a first for a traditionally conservative sector, and yet NNS President Katsuhiko Harada had already been quite successful in introducing new CO2 technology to Japan’s industrial refrigeration sector. NNS seems to be aiming for first-mover advantage with hydrocarbons in the commercial sector, as well.

This year, NNS appeared to double down on its hydrocarbons messaging, spot-lighting the word propane (in Japanese) on the signage at the top of its booth. The company’s highlighting of hydrocarbon systems in 2020 no longer seems out of place.

In addition to the market push by first movers like NNS, the tightening of environmental regulations and the development of hydrocarbon standards has also boosted interest in hydrocarbons.

In Japan, the two main regulations controlling the import, manufacturing, use and disposal of f-gas equipment in commercial refrigeration are the Ozone Layer Protection Law and the Fluorocarbons Emission Restraining Law. The Japanese government has acknowledged that the country’s annual f-gas recovery rate has never exceeded 40% since the Fluorocarbons Emission Restraining Law was first implemented in 2002.

Last year, Japan strengthened the Fluorocarbons Emission Restraining Law by implementing “direct penalties” that punish users who improperly dispose of f-gas equipment. Additionally, company names and the locations of users who leak over a certain amount of f-gases will be made public. This new law will go into effect on April 1.

In addition, Japan reinforced its focus on f-gas emission controls on the world stage at the COP25 United Nations Climate Change meeting in Madrid, Spain; there, Japan’s Minister of the Environment, Shinjirō Koizumi, launched the Fluorocarbons Life-Cycle Management Initiative, seeking a greater international focus on lifecycle f-gas controls, with Japan leading the way.

Meanwhile, Japan ratified the Kigali Amendment to the Montreal Protocol in 2018, revised its Ozone Layer Protection Law and began its domestic phase down of HFC manufacturing and imports on January 1, 2019. This in turn spawned Japan’s “Designated Products” list, which requires manufacturers and importers to meet a target GWP value for certain types of equipment by a specific year. The selection of an official low-GWP alternative refrigerant for commercial refrigerators is currently in progress, and is being influenced by a number of factors, though some experts believe hydrocarbons are a likely candidate.

On the standards side, hydrocarbon technology has seen big developments in the past year that have had a major impact on Japan’s standards formation process.

The International Electrotechnical Commission (IEC) published its new higher (500 g) flammable – refrigerant charge limit for commercial refrigeration on June 20 of last year. Simultaneously, the Japan Refrigeration and Air Conditioning Industry Association (JRAIA) announced that it would issue its official guideline on  the  safe  use of hydrocarbons in March 2020. The JRAIA is also working on the Japanese Industrial Standard (JIS) version of the IEC standard, with experts predicting its publication in 2020.

This combination of environmental policy changes and technology standards devel- opment is signaling a solid opportunity for hydrocarbon- based commercial refrigeration equipment to proliferate in the Japanese market. Japanese manu- facturers highlighted this at their trade show booths this year.

With manufacturers increasingly confident in the potential for hydrocarbons in Japan, major end users are beginning to pay attention and take advantage. Metro Cash and Carry Japan, a division of German retailer Metro AG, reduced its electricity use by close to 60% by replacing 200 HFC display cases at three locations with R290 plug-in units in February 2019. The cabinets were supplied by Austrian OEM AHT through its distribution partnership with NNS.

In September, Japanese convenience store chain Lawson opened its first freon-free store, where it is using hydrocarbons for the first time for its smaller plug-in upright and under-counter refrigerators and ice makers. The store is built as an “environmentally friendly model store” and is located on the Shonan Fujisawa Campus of the prestigious Keio University, in Kanagawa Prefecture — about one and a half hours southwest of Tokyo.

Japanese OEM Hoshizaki, which has long been a provider of hydrocarbon equipment overseas, supplied hydrocarbon plug-in equipment for the first time in Japan at the Lawson store. It subsequently exhibited an isobutane (R600a) commercial refrigerator at HCJ 2020 in February, marking the OEM’s public hydrocarbon debut in Japan.

Just a few years ago, hydrocarbon equipment was not seen as a viable option for Japan. However, judging from this year’s SMTS and HCJ exhibitions, it seems that this has completely flipped. Pioneering manufacturers are educating the market, environmental policy and technology standards have taken significant steps forward, and major end users are taking notice.

Japan has led the world this past decade in adopting CO2 commercial refrigeration systems. Could hydrocarbons be next?