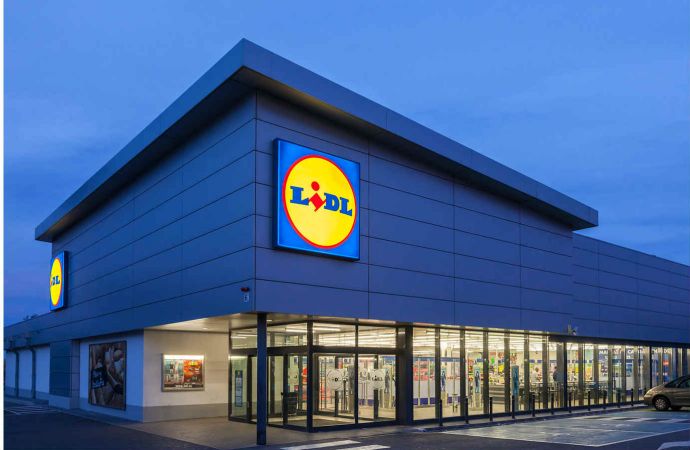 Since August 2018 and from now on, all new Lidl France supermarkets use propane. Accelerate Europe reports.

In August 2018, Lidl France opened its first supermarket to use propane, a hydrocarbon, for 100% of its cooling needs. Since then and from now on, all the retailer’s new stores use this natural refrigerant.

Operating some 1,500 stores throughout France, Lidl France is acutely aware of the responsibility it shares to help put the world on a more environmentally sustainable footing. Active for almost 25 years, the retailer employs some 35,000 people nationwide.

In August 2018, Lidl Valenton in the Paris region (Créteil) became the first Lidl France store to use propane for 100% of its cooling needs. “Since then and from now on, our strategy is for all new stores to be 100% propane-based,” Nabil Rehab, project manager – refrigeration systems, Lidl France, told Accelerate Europe.

By the end of the fiscal year 2018 (which ended in February 2019), Lidl France had converted the cooling furniture to propane in 40 stores. “This fiscal year, we’ll convert an additional 10% of our stores, pursue a programme of ‘store transfer’, and open new stores using propane,” said Yassine Rami, head of department (purchasing and store investments), Lidl France.

“In total, we’ll have 250 propane stores by the end of this fiscal year,” Rami said.

The retailer intends to change the cooling furniture in around 100 stores per year. “In a few stores we’ll do retrofits, because they're using R404A,” Rehab explained.

Lidl France is part of Lidl Stiftung & Co. KG, headquartered in Neckarsulm, Germany. The parent company operates over 10,000 stores across 28 European countries and the United States.

Lidl first used propane in 2016, when it tested a propane system in a supermarket in Munich, Germany. Having initially also considered CO2, another natural refrigerant, propane ultimately won the day.

Moreover, installing plug-in and remote semi plug-in cabinets avoids the need for a centralised refrigeration plant. “Propane in itself is a very efficient refrigerant. What we’re doing is decentralising production,” Rehab explains.

“
HFCs make a major contribution to the greenhouse effect, and that’s why climate science requires them to be phased down.”
– Yassine Rami, Lidl France

The retailer is also acting out of concern for the climate. “The impact of HFCs on the environment today is significant. They make a major contribution to the greenhouse effect, and that’s why climate science requires them to be phased down,” Rami says.

“We want to stay one step ahead of that curve, while at the same time reducing our impact on the environment,” he says.

Lidl France estimates that the cost of HFCs has increased four times over in recent years. “Part of the reason for this is that it’s brutally overtaxed,” says Rehab. “By choosing propane, we’re anticipating such issues and staying one step ahead of such problems.”

By 2022, Lidl France expects around 50% of its 1,500-strong store portfolio to be equipped with propane-based cooling equipment. “The move to propane was not primarily driven by economic considerations. It was environmental,” Rehab says.

Lidl France’s propane journey began within the company itself. “What Lidl France has done is rare – it organises regular meetings between the frigoristes (refrigeration technicians), the technology providers, and Lidl France itself,” says Sylvain Gillaux, managing director (France) at Hauser, an Austrian OEM and cooling furniture maker that provides Lidl France with cabinets.

“Lidl France plays a kind of ‘gentleman organiser’ role to ensure that everyone is aligned, and to make their vision concrete,” Gillaux says.

Lidl France’s commitment to natural refrigerants extends to cold storage, where it uses either CO2 or ammonia in all new warehouses. “The objective is to no longer use HFCs – they’re polluting, there’s going to be less and less of them (meaning that availability is an issue), and they’re really expensive,” Rami says.

Click here to read the full version of this story in the spring 2019 edition of Accelerate Europe magazine.