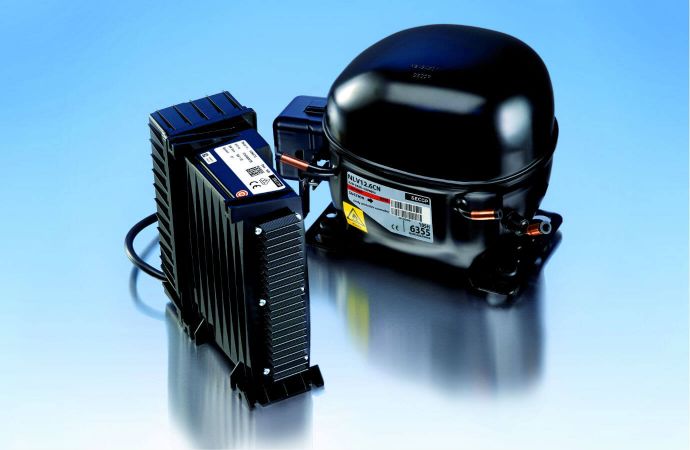 Nidec to show off new hydrocarbon compressors at Chillventa

The new addition to the BD series, a series of DC-Powered compressors, has 25% additional cooling capacity compared to the existing R600a DC compressor BD35K.

The BD50K can be used in marine and RV cabinets, vaccine coolers and solar-driven applications.

According to a Nidec press release, the company will also present a new innovative Delta Variable Speed compressor in its XV line. The new XV compressor is smaller but boasts an increased cooling capacity.

In addition to these new offerings, the compressor manufacturer will also display its household variable speed compressors, "which feature unmatched efficiency and silent operation, and are compact, lightweight, and use the natural refrigerant isobutane (R600a)," it says.

“For light commercial applications, the company will be showcasing the top efficiency variable speed compressors DLV, NLV, and SLV with propane (R290),” states the press release.

In the NLV range a new product will also be shown that can operate in multiple voltages.

Fixed speed R290 compressors, with high efficiency, will also be shown in the DLE, NLE, and SCE series. “For robust operation in harsh environments, the DLE and NLE models are able to operate in dual frequency (50-60Hz), in a wide voltage range and high ambient temperature,” the company explains.