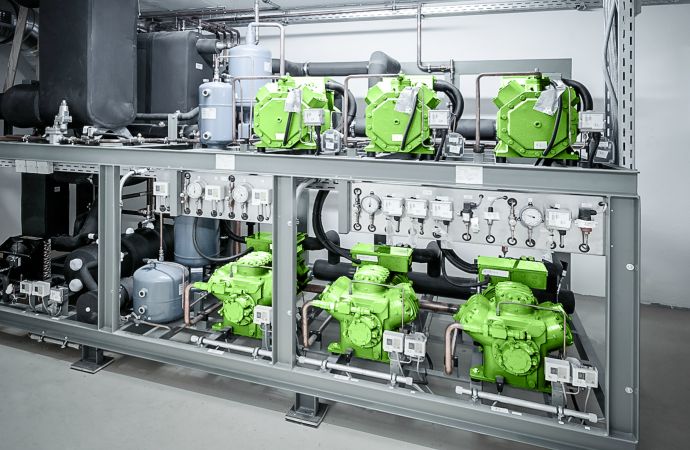 Bitzer UK Managing Director Kevin Glass will be the next president of the UK's Institute of Refrigeration after his nomination passed unopposed.

Bitzer compressors in a propane-CO2 cascade system. Glass has been at Bitzer for over 30 years.

Bitzer UK Managing Director Kevin Glass will be the next president of the UK’s Institute of Refrigeration (IoR) after his nomination passed unopposed yesterday.

With no additional candidates having been put forward this year by the membership from a list of 15, the nomination of Glass as the only candidate for the next president-elect of the IoR will now go forward to the AGM on 2 November 2017.

The president-elect will support the existing president, Steve Gill, until his term of office ends in November 2018.

Glass has been at Bitzer UK for over three decades, and has been managing director for the last six. He is currently a member of the IoR board of trustees and sits on the membership committee.

Three compete for two positions on IoR board

Voting is now open for election to the IoR board after members with voting rights received an email on 2 September. Three candidates are standing for two positions.

John Austin-Davies recently resigned from his job as commercial director of Epta UK with a view to retiring in 2018. Graeme Fox is senior mechanical engineer at the Building Engineering Services Association (BESA) and Rob Lamb is group sales and marketing director at Glasgow-based Star Refrigeration.

Members may place their votes until midnight on 1 November.