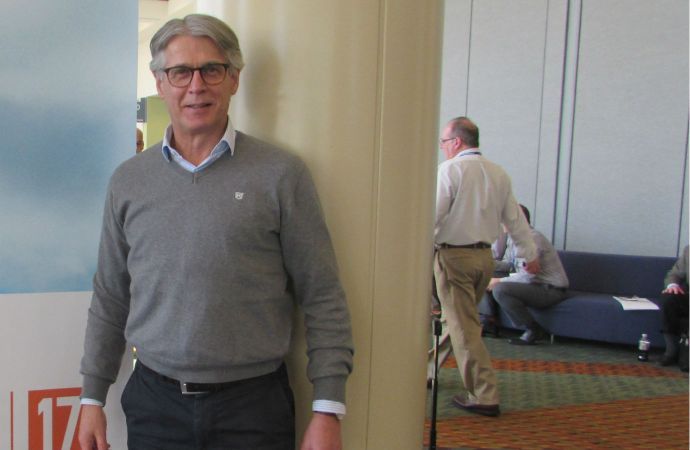 The German compressor maker is taking advantage of new efficiency requirements to market its propane units in the U.S.

With OEMs serving the light commercial and household sectors in the U.S. poised to transition to hydrocarbon commercial refrigeration equipment to meet new Department of Energy (DOE) energy efficiency regulations, German compressor manufacturer SECOP is looking to take advantage by pushing its propane (R290) and isobutane (R600a) compressors in the American market.

The move to hydrocarbons is being shaped by the DOE’s new efficiency requirements for commercial display cases, which took effect on March 27.

The new rules cover a wide array of equipment, including vertical, semi-vertical and horizontal cases, with and without doors, at medium and low temperatures, and using remote and self-contained condensing units. And they make the average commercial refrigeration unit about 30% more efficient compared to the previous standards.

Looming also is the HFC delisting in 2019 and 2020 under the U.S. Environmental Protection Agency’s directives on acceptable refrigerants. But the DOE regulations are providing the biggest incentive to switch, according to Pieter Boink, SECOP’s head of business development & marketing.

“
We didn’t want to miss it, and in 2016 was very successful for us compared to a few years ago”.
– Pieter Boink, SECOP’s head of business development & marketing

“In the U.S., there was this duty to change that was a huge window of opportunity for us,” Boink says. “We didn’t want to miss it, and in 2016 was very successful for us compared to a few years ago.” And SECOP is still “taking advantage of this,” focusing on 150 V/60 Hz models for the U.S. market.”

The shift towards hydrocarbons by U.S. OEMs has been further influenced by Coca-Cola’s decision to open the door to hydrocarbons for smaller equipment and not just focus on CO2.

SECOP planted roots in the U.S. in 2013 when it opened its U.S. headquarters in Roswell, Ga., near Atlanta. That was three years after its creation in 2010, when German holding company AURELIUS AG bought Danfoss Household Compressors from Danfoss and its name was changed to SECOP GmbH.

“In the U.S. in the beginning we were grouped closely with the Danfoss sales organization, and they have continued to sell our products,” explains Boink. “But we have seen the need from the big OEMs that wanted to deal directly with us, and that is why we started the operation in [Roswell].”

In meeting the DOE regulations and the even stricter ENERGY STAR 4.0 standard that also launched on March 27, OEMs realized that they “need propane” because of its unique thermodynamic properties, says Boink.

Typically, SECOP compressors use R290 for commercial applications end and R600a for the household sector.

“
We have gone through so many [refrigerant] changes and we should go to the right one now.”
– Pieter Boink, SECOP

All of SECOP’s R&D is now focused on hydrocarbons.  “We don’t see an alternative; for us it’s R600a and R290,” says Boink. “Of course, we keep an eye on what the chemical industry is developing with new [HFO} refrigerants, but at the moment we do not see the thermodynamic benefit.” He points to the temperature glide posed by HFO blends, which can negatively impact efficiency.

“We have gone through so many [refrigerant] changes and we should go to the right one now,” he says.

Not an easy switch

However, the switch to hydrocarbons in the U.S. is not as simple as it would seem. OEMs cannot just switch out an HFC compressor for a hydrocarbon one.

“We have customers who took R134a equipment and just put an R290 [compressor] in and they got the worst results,” says Boink.

SECOP is providing this technical know-how at its Roswell facility for U.S. and Mexican companies. “It’s for [customers who] lack the capacity, so we do the conversions for them,” Boink says.

At the facility, SECOP tests the whole refrigeration system – not just the compressor, but also the condenser, the fan, and more – to see what needs changing in order to accommodate a propane compressor.

The next step for SECOP in the U.S. is to get a foothold in the household market with R600a compressors. R600a is still fairly new for the U.S. compared to the rest of the world, where isobutane has long been used in household refrigeration due to its ability to work well in small-scale equipment.

SECOP is currently working on isobutane projects with some household manufacturers. “The big companies are preparing for it and [many] already have this in other parts of the world so it really is just about moving it here,” he says. “I don’t see it as being an issue.”

Click here to read the full version of this story in the latest edition of Accelerate America.