20 Years of hydrocarbon success with 'Greenfreeze'

Greenpeace’s revolutionary technology Greenfreeze is celebrating its 20th Birthday this month. This hydrocarbon-based substitute for ozone-depleting CFC’s and HCFC’s has transformed the global domestic refrigeration market. Today, Greenfreeze technology is present in nearly 700 million refrigerators worldwide and as a result has avoided nearly a billion tons of greenhouse gas emissions.

Greenfreeze uses hydrocarbons as the blowing agent for the insulation foam as well as for the refrigerant, making it a non-ozone-depleting solution which does not contribute to climate change. Its rapid adoption by several global markets has made it a phenomenal success for two decades, celebrated by Greenpeace today. Major European companies, followed closely by leading consumer brands, have adopted the HFC-free technology; however, legislative barriers have made it difficult to break into the North American market.

Greenpeace has been working to eliminate F-gases since their introduction to the market in 1992, encouraging the refrigeration and cooling industry towards natural refrigeration in all of its uses. In 2005, it was found that F-gases were directly responsible for 17% of man-made climate change. In 2010, at the Consumer Goods Forum, 400 companies agreed to introduce climate-friendly refrigeration in their equipment as from 2015.

Early 1980’s: Greenpeace campaigns for an immediate global ban on the further production of ozone destroying substances CFCs and HCFCs.

1987: the United Nations responds, resulting in a CFC production ban under the Montreal Protocol.

1992: at the medical institute in Dortmund, Germany, Greenpeace studies the viability of hydrocarbons as natural refrigerants, a mix of butane and propane that is neither ozone-depleting nor climate-change contributing. An industrial partnership with DKK Scharfenstein, a manufacturer of household appliances on the verge of bankruptcy, produces the first Greenfreeze prototype. Greenpeace supporters willingly pre-finance the product and manufacturing commences.

1993: the first Greenfreeze hydrocarbon fridge is market-ready in Germany.

2013: around 35 million domestic Greenfreeze are produced worldwide, making up approximately 40% of global production annually. The main manufacturers are European, Chinese, Japanese, and Indian. 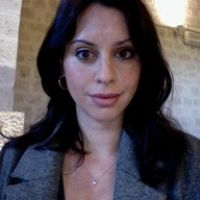