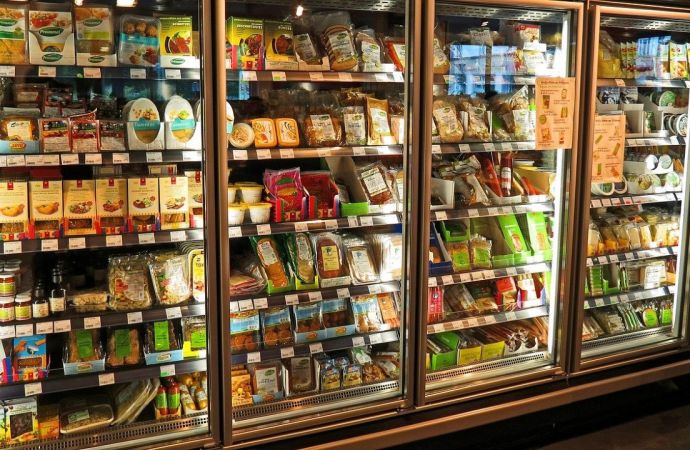 The limit for propane will be 500g in open cases, 300g in closed cases; publication set for October 27.

In a long-awaited move expected to support wider adoption of hydrocarbon (A3)-based commercial refrigeration in the U.S. and Canada, UL (Underwriters Laboratories) has approved a second edition of the UL 60335-2-89 standard, including higher charge limits for hydrocarbon and A2L (less flammable) refrigerants.

UL, a Northbrook, Illinois (U.S.)-based safety-certification company that publishes appliance standards for the U.S., plans to publish the new standard on October 27, according to Alan Mcgrath, UL’s Project Manager for the standard technical panel (STP) that oversees the 60335-2-89 standard.

UL 60335-2-89 covers safety requirements for commercial refrigerating appliances and ice makers with an incorporated or remote refrigerant unit or motor-compressor. It incorporates the CSA (Canadian Standards Association) 60335-2-89 standard for the same equipment.

The new UL standard raises the charge limit in commercial plug-in display cases to 13 times the LFL (lower flammability limit) of a refrigerant – or 500g for propane (R290) – but only for open appliances (without doors). It raises the charge limit for closed appliances with doors and/or drawers to eight times the LFL of the flammable refrigerant (300g for R290). The prior limit for flammable refrigerants in commercial cases – used in millions of installed cases globally – was 150g.

A higher charge limit for R290 in commercial cases has long been considered necessary for wider adoption of the equipment in U.S. supermarkets. It will allow fewer compressors and condensing units to be used in cases, lowering costs and increasing energy efficiency, observers say.

“This is great news,” said Christina Starr, Senior Policy Analyst, Climate Campaign, for the Environmental Investigation Agency (EIA). “It’s long overdue, but it got done, and that’s the important thing.”

In a separate but related development, the ASHRAE trade group, which publishes safety rules for refrigeration systems in its ASHRAE 15 standard, has advanced a proposal to incorporate the new UL standard in ASHRAE 15 to the “final stage,” said Starr.

The new UL standard is a product of CANENA (a standards harmonization body for the Americas) Working Group 12, which, in collaboration with UL and CSA, completed major revisions to UL-60335-2-89. UL released a proposal for changes to the standard in June 2020.

The UL standard follows the publication in 2019 of IEC 60335-2-89, third edition, by the International Electrotechnical Commission, which raised the charge limit for A3 refrigerants in all self-contained commercial cases to 13 times LFL.  The IEC’s standard is the global model used to inform regional bodies like UL.

In Europe, CEN-CENELEC is close to announcing whether it will follow the IEC in its EN 60335-2-89 standard. The updated standard could be published in early 2022. In Japan, the Japanese Industrial Standard (JIS) in March raised the charge limit of R290 to 13 times the LFL.

The higher UL charge limits are contingent on an appliance being constructed to prevent flammable refrigerant concentration surrounding the appliance in case of a leak (releasable charge) as verified by the “Annex CC” test. Commercial appliances also must employ detection/mitigation controls to limit the releasable charge of the system.

With the approval by UL of higher charge limits for hydrocarbon refrigerants, the U.S. Environmental Protection Agency would need to follow suit in its SNAP (Significant New Alternatives Program) before the new limits could be implemented in the U.S. “An important next step is rapid EPA approval,” said Starr.

State and local building codes would also need to adopt the new UL standard. This usually follows adoption by the International Code Council (ICC) model codes, which to date have not included the updated charge limits in the 2024 code revision cycle.

However, Starr does not see that as a barrier to state building code adoption of the higher charge limits in plug-in cases, if they receive EPA approval. The new charge limits could even take effect in advance of adoption by all states and localities, she added. “I think the primary barrier to market adoption is UL and EPA approval.”

“
It’s long overdue, but it got done, and that’s the important thing.”
– Christina Starr, EIA